Hope springs eternal.  Nothing like a fresh start with a new governor, lieutenant governor and speaker of the house in Richmond.  The House of Delegates enjoys near parity between the parties for the first time in many years.  The stage should be set for a new era of compromise and consensus on a variety of issues important to the commonwealth and her citizens.

Lately the political climate in the nation has been so toxic that it’s been impossible for the federal government to do basic things, such as pass a budget.  But the Virginia I know and love prides itself in being different from its federal counterpart.  Even contrary, would be an appropriate way to describe how Virginians think and vote.

One major issue facing the state and nation is our crumbling infrastructure. Roads, bridges, schools, airports and parks among the basic infrastructure facilities that enhance our quality of life and make us a competitive place to do business.  Virginias parks and forests allow us and visitors to our state to engage in outdoor recreation that has become an economic lifeblood for many communities.

Thanks to our abundant natural beauty and scenic diversity Virginia can compete very well for outdoor recreation and tourism spending.  Blessed with a beautiful Atlantic Ocean coastline, the magnificent Chesapeake Bay, some of America’s most historic and important rivers, the legendary Blue Ridge and Alleghany Highlands of the Appalachian range and communities and culture that represent the span of the continents inhabitation.  From the earliest Native peoples to a 21st century society of immigrants representing the width and breath of the planet, Virginia is blessed with an abundance of reasons for travelers to visit us. 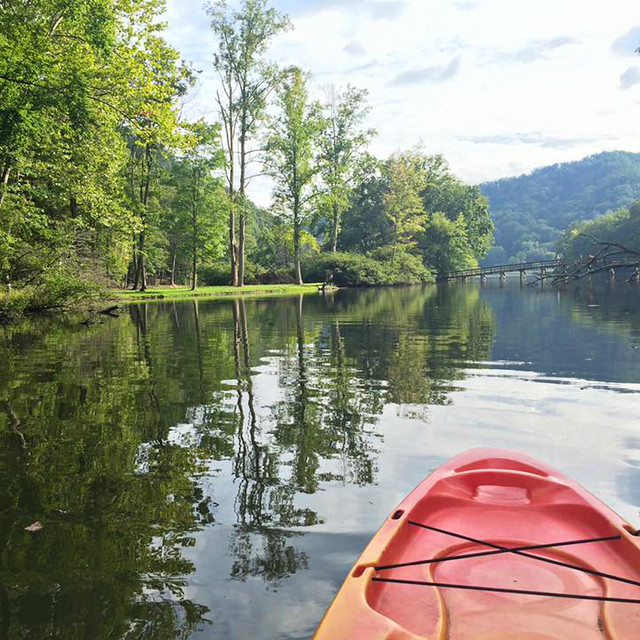 Thanks to the Depression Era Civilian Conservation Corps, Virginia was able to jump start the development of its state parks and became the only state to open an entire system of six parks representing the geography of Virginia on a single day – June 15, 1936.

In the 1960s and 70s Virginia grew its system of parks with federal funds provided by the Land and Water Conservation program envisioned by President’s Eisenhower and Kennedy, and finally enacted by President Johnson.  Once the congress established a program to address the growing outdoor recreation needs of the USA, it slowly but surely whittled down and dismantled this once dynamic program that helped most states develop their state and local parks.  By the 1990s, Virginia’s CCC parks were faced with crumbling infrastructure and the state had no adequate way to build for the future.

Following deliberate and thorough study by a Commission on the Future of Virginia’s Environment, our state policy makers decided that its state parks were truly among its important infrastructure. The enjoyment parks infuse into our lives not only enhances our quality of life, but it contributes mightily to our ability to recruit new and expanding businesses to locate in the commonwealth.  In 1992 the state legislature and voters decided to overwhelmingly support nearly $95 million in General Obligation Bonds to repair existing park structures, build new modern park facilities and acquire and develop new parks in underserved areas of the commonwealth.  That decision was brilliant by any measure.

In 1992 Virginia’s state parks enjoyed some 3.9 million visits.  The “build it and they will come” aspect of the 1992 GOB program was hailed a decade later when visits grew to more than 7 million. With this remarkable success as a backdrop, the legislature and voters again endorsed another big ($119 million) GOB campaign in 2002.  The results of that effort grew visits to more than 10.3 million last year almost 2 million more than the total population of Virginia.  The total economic impact of those visits is approaching $250 million a year.  About 10% of that is collected in the parks.  The rest represents the outdoor recreation and tourism spending of park visitors as they prepare for and travel to their state park visit.  This is huge for the commonwealth.

A proud Virginia state parks tradition and its customer service culture is a key reason why the state has a reputation for having one of the nation’s best state park systems.  That, coupled with funding from the two GOB initiatives, provided for the ongoing maintenance and development of new parks and new facilities.  At the same time, there was a recognition that re-benchmarking the operational support and staffing to complement the system’s growth - made possible by the GOB initiatives - was necessary.   This initiative was led in a bipartisan manner by long-serving Senators Emmett Hanger and Creigh Deeds and enjoyed broad support on both sides of the isle.  This helped Virginia stand out as one of the best state park systems in the country.  Virginia state parks owe much of its success and growth over the past twenty years to the vision and advocacy of citizens organized by the Virginia Association for Parks and the bipartisan legislative leadership provided by Senators Hanger and Deeds.

Unfortunately, 2002 was the last time the commonwealth put a GOB referendum before the voters. And, the effort to re-benchmark the staffing was stymied.  As a result, park infrastructure is again showing its age and a number of parks that were promised to voters in 2002 have had slow or no development.  Widewater in Stafford County, Seven Bends in Shenandoah, Middle Peninsula in Gloucester, Biscuit Run in Albemarle and Mayo River in Henry were parks promised in the 2002 campaign.  Land has been purchased, master plans have been developed, but only Widewater and Seven Bends have received any development funding and none are serving as expected.

Predictably, if Virginia steps up and addresses the maintenance needs of its park systems infrastructure, provides staffing levels needed to support the programs and stewardship the system requires and builds the parks that were promised to voters in the 2002 campaign – visitation to our state parks will mushroom and the benefits they provide to the health and well being of our citizens, our environment and our economy will be enjoyed by 21st century citizens of all ages. Virginians are proud of their parks and they are equally proud when their General Assembly and Governors work together to make Virginia a great place to live, work and raise a family.  There are budget amendments in the House and Senate that will go a long way toward achieving this goal.  If citizens lend their support to this cause, then once again Hope springs eternal.

This Op Ed piece appeared in the Freelance Star on Feb. 7, 2018. Find the article here.